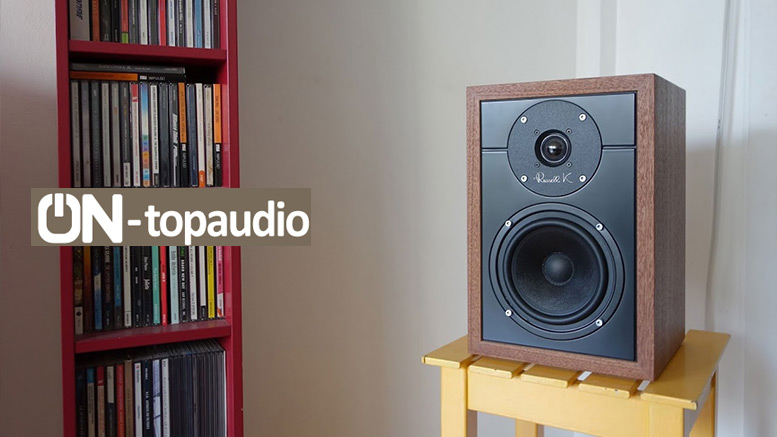 Review by Pierre Stemmelin for ON Magazine – translated from French

The Russell K. brand has already won over the British press with only two compact loudspeaker models in its catalogue. And for good reason: its finely tuned designs are reminiscent of some of the BBC’s legendary monitors.

The young British brand Russell K. was born under the impetus of Russell Kauffman, an old wolf of Hi-Fi, who has more than 30 years of experience in this field and was notably technical director at the Israeli manufacturer of high-end loudspeakers and speakers, Morel. So far she has only launched two models, two compact speakers, Red 50 and Red 100, which are designed in England and manufactured in Europe, more precisely in Poland. 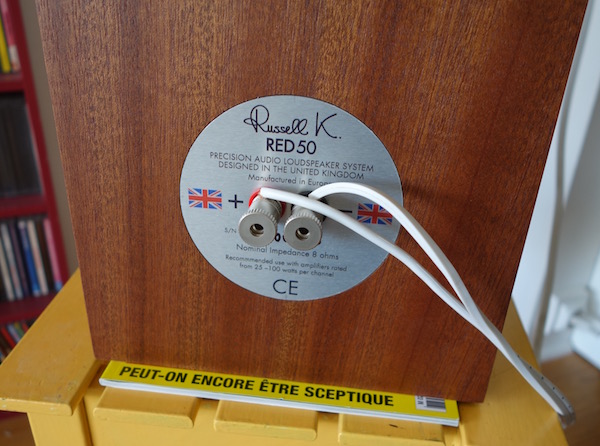 An achievement full of little audiophile tips and tricks.

The Red 50, the “small” of the range, which we are testing here, is a compact (or bookshelf) two-channel system full of audiophile tricks. Its cabinetry is dressed in a beautiful real wood veneer (or lacquered, depending on the finish chosen) with a painted baffle that seems to be able to come off and visible screws. It immediately brings to mind the famous LS3/5A, a monitoring loudspeaker designed for the BBC in the 1970s and which, according to audiophile legends, has remained a reference for many specialists and amateurs.
Constructed from 16mm midrange panel (19mm for the baffle support), this cabinet is veneered on both sides (internal and external) to avoid bending when humidity or temperature variations occur, but also to allow better damping of vibrations and parasitic resonance. To prevent the sound from being muffled, the internal volume does not contain any other damping material. It just integrates an acoustic filter, a wooden plate pierced with a multitude of small holes (as in the French Mulidine) which separates the rear of the bass driver from the dorsal tubular vent outlet.

Classical loudspeakers, but cleverly tweaked The tweeter is a model with a 25 mm textile dome and a silver copper-plated voice coil with a support not made of metal, as its appearance suggests, but of a glass-fibre filled resin. The 12.5 cm bass driver remains faithful to the paper cone treated with a 25 mm voice coil, a double magnet motor and a central copper ring to avoid the effects of Faraday distortion. Finally, the crossover is very well designed with a Zobel type attenuation assembly for the tweeter and a transformer on core for the bass driver. In this way, for each loudspeaker, no more than one component is in the signal path. 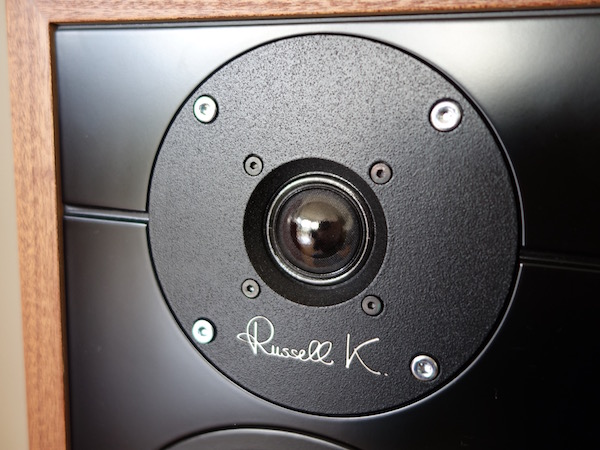 This design, in which every element that could interfere with or slow down the music has been eliminated or minimised, results in a feeling of great freedom and airiness when listening to the music. The reproduction of the Russell K. Red 50 has scope. It is very expressive, brilliant even, slightly emphatic, and gives the possibility to cover an already relatively large space, given the small size of the speakers. The performers enjoy a rather exceptional impression of presence. We have the feeling that a veil, a smokescreen, has been removed between us and the artists. The definition in the middle register is of a very high level with a beautiful fluidity of timbre and a certain softness in the high-bass / low-midrange. The Russell K.’s are a bit lacking in power handling, but are already capable of consistent acoustic levels and most importantly, they have class, a true sense of nuance and musical phrasing. They should particularly appeal to classical or jazz music lovers, but they are not uninteresting for soul or modern music either. 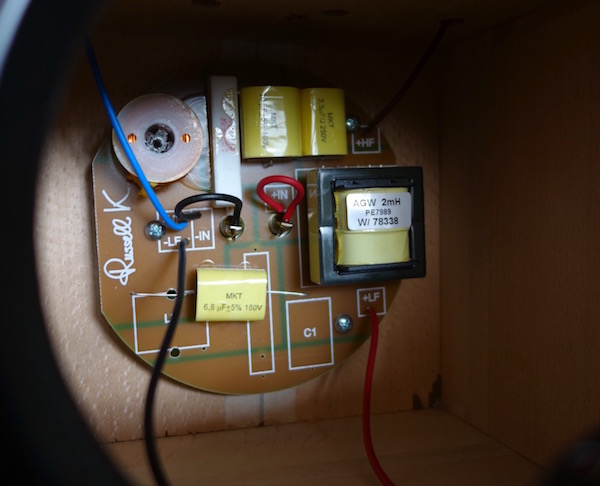 Original article in French: Review by Pierre Stemmelin for ON Magazine