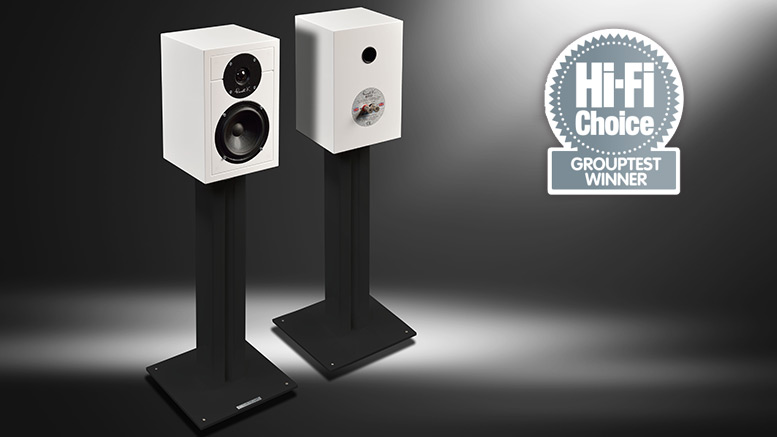 Almost everything you think you know about how a speaker works is challenged by this rule bender.

The smallest model to emerge from industry stalwart Russell Kauffman’s fledgling speaker operation, the Red 50 prosecutes the controversial ideas that have made the brand such a hot ticket among critics and customers alike. Russell’s radical solution to a problem many were inclined to regard as an acceptable compromise was initially exposed by its Red 100 standmount, and the scepticism that ensued is understandable. In a nutshell, with the Red 100 Russell posited the notion that instead of regarding a speaker cabinet chiefly as a necessary inconvenience to hold the drive units in place, it could actually be a synergistic component in the system, effectively singing along with the drivers, starting and stopping precisely when they do.

The Polish-built Red 50, like the 100, has no fluffy internal damping. Instead, its thin-walled cabinet vibrates and breathes in time with the main driver, working with it rather than against it and shedding distortion as a result. A bracing shelf with multiple apertures mounted just above the 130mm doped paper mid/bass driver is used to control cabinet flex while a minimalist 12dB roll-off crossover network and rear-firing bass reflex port tuned to 55Hz also contribute towards the integration of the drivers and cabinet dynamics. Far fetched? The proof, of course, is in the listening.

Sound quality
Start and stop. That’s what the Red 50 does. On a pin head. It’s quite remarkable, an ability none of the other speakers in the group possess. A little warmth has been injected to the upper bass to mask the absence of genuine extension, but it makes everything it plays sound utterly natural and irresistibly engaging. Think of a perfectly focused and exposed photograph taken on an expensive camera compared with a slightly inferior image digitally sharpened on a computer. Removing the sense of artifice that sometimes afflicts even high-end transducers is where this little speaker excels.

Truly nailing the passion and power of Amy Winehouse without edgy emphasis has proved a tough call for all the speakers thus far, but the Red 50 pulls it off in glorious style. Marcus Miller’s Tightrope, a naturally infectious funk fest executed at a breakneck lick I’m inclined to think the mumbling, meandering Dr John is simply ignoring, is up on its toes – springy, rhythmically loose and lucid. And Tony Williams’ improvised percussive exertions finally acquire a mesmerising delicacy that warrants repeated hearing.

This speaker has the performance gene. Its reactive energy is concentrated in the music you hear – there’s no fat, no waste, no temporal blur, no tonal bloom. Somewhere Down The Crazy River? I swear it raised the temperature in the listening room.

LIKE: Musicality; believability; engagement; fun
DISLIKE: Nothing
WE SAY: A small speaker that’s so good it will make you fall in love with music all over again