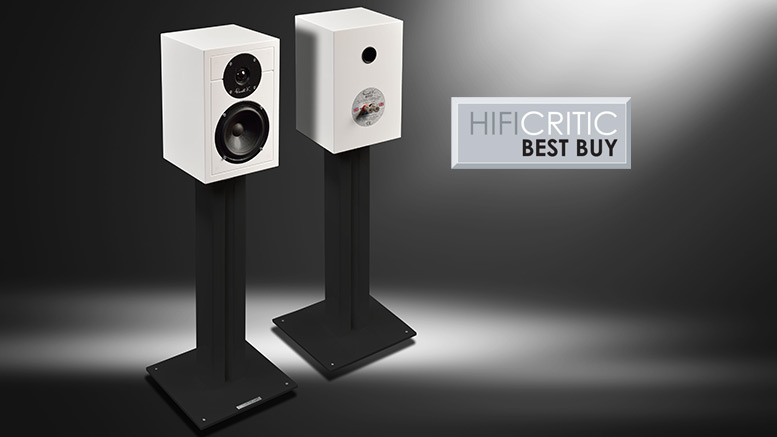 The Russell K brand combines the talents of UK designers with the competitiveness of Eastern European manufacture – specifically Polish in this instance. Russell Kauffman himself has built up considerable experience with a number of different brands over the decades, so he’s well qualified to start his own operation. He was even a panelist on many of my own unsighted listening
tests, so I got to know him quite well, so I was initially reluctant to review his speaker.

However, a quick listen to the RED 100 was quite enough to convince me that Kauffman had come up with something rather special, and much the same was true a little later when I got to hear this £899/£999 RED 50. The reason why probably has much to do with a technique that is decidedly unusual – indeed, possibly unique. It’s all to do with leaving out the absorption material that usually fills an enclosure.

I well recall the idea of removing internal absorption was being promoted by a few commentators about twenty years ago, the claim being that such damping tended to ‘slow’ the sound and  perturb the musical timing. I tried it myself at the time, with some positive results to be sure, but also some negatives (in the form of coloration from internal standing waves), and ultimately felt that simply removing the damping from an existing loudspeaker design wasn’t the right approach. However, it’s likely to be a rather different matter if a speaker has been deliberately designed with a lack of internal damping in mind, which seems to be the case here.

The RED 50 might appear to be very simple, but it does incorporate some interesting techniques. The 95mm diameter paper cone has a curved profile, and both voice-coils have distortion cancelling Faraday copper rings. The crossover network places just one component in series with each drive unit, and is phase optimised through the crossover region. The bass inductor has an ‘enclosed field’ ferrite core, and the tweeter is attenuated by a misaligned Zobel network rather than the more common L-pad.

Though unquestionably small, the enclosure is somewhat larger than the classic miniature, and is strongly built in MDF, from a mixture of a 16mm carcase and a 19mm front panel. An internal
shelf adds further stiffness and is drilled for an intentionally damped airflow. The port here is tuned to around 52Hz, and the sensitivity is an average 87dB, alongside a load that stays above 6ohms except above 10kHz.

The impedance showed a resonance at around 230Hz, though it wasn’t particularly evident on the frequency responses, which were actually rather good, and looked much smoother and better
controlled than we found with the larger RED 100. Under in-room far-field averaged conditions, and with the speakers quite close to a wall, the trace held within ±3dB above 100Hz, and ±4dB from 40Hz upwards, with just a very slight prominence in the upper-midrange (800Hz-2kHz). Naturally enough sub-40Hz bass isn’t on the agenda here, but close-towall siting did seem preferable, though as ever some experimentation in situ is advised.

Sound Quality
The short version is simply that the RED 50 sounds exceptionally good – arguably somewhat better than its big brother in several respects, it must be said. (It’s certainly smoother and more neutral, though the larger model does have some advantage in bass extension, scale and treble transparency.)

Indeed this is a quite outstanding small speaker that’s actually quite difficult to criticise, though I have to say that its treble quality falls a little short of the bass and midrange performance. Good though the little Dali Zensor 1 is, especially at its modest price, the RED 50 is significantly better in every department, and therefore comfortably justifies its higher cost. Coloration is low, stereo imaging is impressively spacious, and dynamics are handled with surprising vigour and enthusiasm for something so small. The top end might lack some incisiveness, but its best trick is that it sounds unusually coherent, especially through the voice band, and is therefore remarkably good at communicating the musical messages. 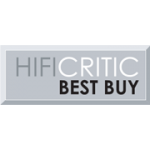 Conclusions
The RED 50 might well be the finest sounding miniature speaker around right now. Careful choice of components and a delightfully well judged balance are more than ample recompense for its bass limitations, while omitting the internal absorbtion does indeed seem to assist the overall timing. I feel a Best Buy rating is entirely appropriate.