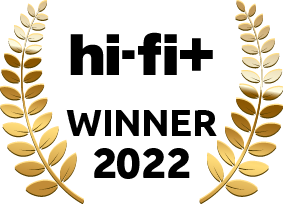 Russell K. RED 120 is now available in a ‘Se’ Special Edition. This features upgraded tweeters and reworked crossovers. The tweeter used in the RED 120 is a 25mm soft dome with a ferrite magnet system and a copper clad aluminium voice coil with a copper Faraday ring; a second magnet, and a metal face plate feature in the Se version. The lower frequencies are dealt with by the same two 5” bass units with impregnated paper cones used in the original. Like all Russell K. designs, the cabinets are undamped, as designer Russell Kauffman maintains that damping stores energy and releases it out of time.
In our test, Steve Dickinson said, “The RED 120Ses show you how the composer creates
and maintains tension and the way the conductor achieves that through the performance; other speakers which go deeper have been known to gloss over this sort of thing, concentrating instead on giving you an impressive hit of bass, somewhat divorced from its musical context.”
Steve also felt that, “When called upon they will play very loud indeed without losing their composure, but they don’t do this by being buttoned-up; the music remains expressive and eloquent, the excellent sense of spatial detail intact.” He also felt, “They are also very good at telling you what’s going on in the rest of your system. Change what the CD player sits on and you hear the effect. Change what the speakers rest on, and you hear that too.”
He concluded by saying, “So many audio touchpoints and benchmarks are hit with
precision by the RED 120Se,” and, “These modestly-sized speakers have rede ned what I expect from this size of cabinet, and driver complement.”

So many audio touchpoints and benchmarks are hit with precision by the RED 120Se.